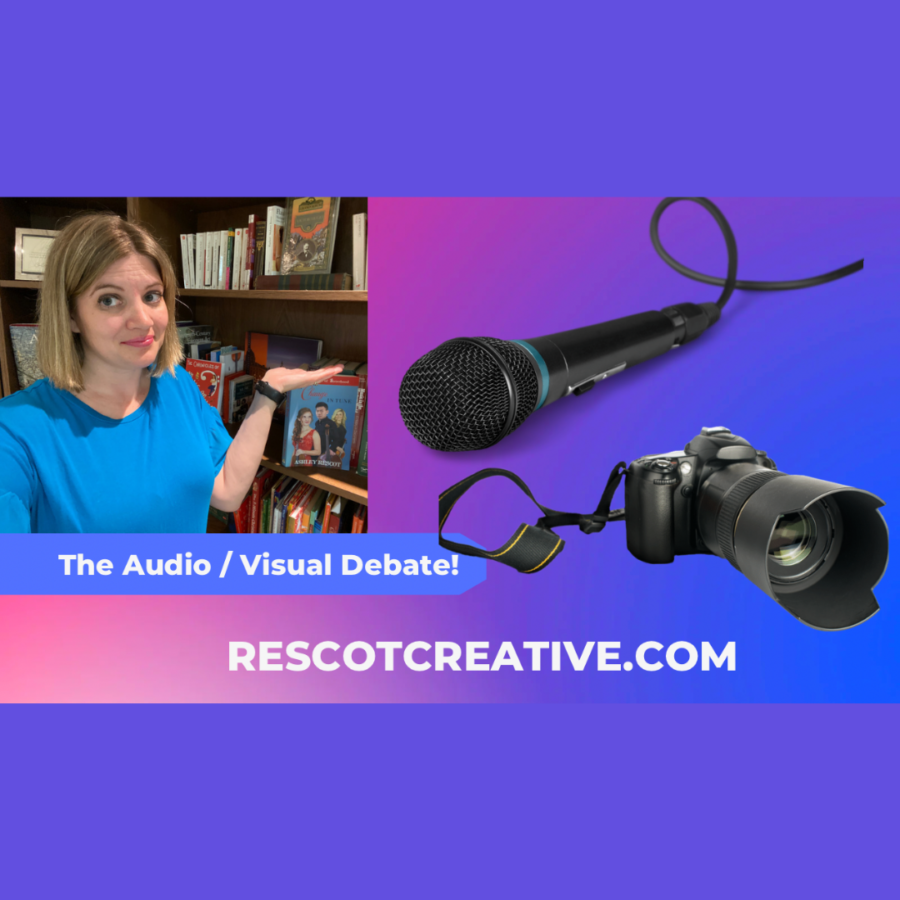 Have you ever been surprised by someone who said that they couldn’t speak another language, but you found out that they could actually read it really well? Or have you been confused when meeting a musician who admitted she couldn’t read music? Welcome to the audio vs. visual debate!

Babies can hear inside mother’s womb.

Imitate those around you. Young children have the capacity to imitate a large variety of sounds, and gradually they zero in on their native language.

Eyes are still nearsighted at birth. They need bright colors at first. It takes a while to focus.

Ideal if you can start at a young age. Sometimes children will mix up languages, but with enough practice their neural pathways figure out which words go with which language.

Visual aspects come later. PS is mostly auditory so they can correctly pronounce words. They are still learning to associate certain letters with sounds in their native language.

As students become more comfortable reading in their native language, they often want to see the foreign language as well. This way they can make a visual association with the sounds they hear. It’s very helpful to include visual images to help with vocabulary. This avoids the need to reference their native language. My students benefit from singing a lot of fun songs, while also referring to pictorial vocab sheets.

Add grammatical concepts gradually. Don’t bog down young children with too many nitty gritty details, or they may become confused, bogged down, or nervous to speak.

By late grade school/Middle School, and definitely at the high school and collegiate level, students need more grammatical explanations and charts to better understand the grammar of both their native and secondary languages.

Traditional vs. Suzuki (developed in mid-20th century based off of native language acquisition.)

Listen to the songs, imitate what you hear. Develop the ear. This lends itself well to improvisation. Eventually students learn to trust their ear.

Our ears become accustomed to certain chord patterns, and we can easily predict where a line of music is going, even without seeing it on the page.

Students can often begin to read music around the same time they learn to read words. It takes a lot of consistent to practice to learn how to read, and it comes more naturally to some than others. Likewise, musical literacy requires a similar amount of time and practice to acquire proficiency.

The audio visual debate is by no means a new one, and neither is right or wrong. Ultimately, I believe it’s best if we develop both senses to gain a more complete picture of language and music. Teachers especially need be aware of different ages and stages for students, as well as different learning preferences. Most people have a dominant sense. For me, its auditory, which has served me well in both music and second language acquisition. However, I’ve known many successful people in both of those areas who are more visually inclined.

The debate plays out in today’s social media climate as well. For example, are you reading this article on my blog, watching it on my YouTube Channel or Instagram, or listening to it in podcast form in your car while driving? Which of those platforms do you use most? That might shed light onto your preference in the audio/visual debate.

Both audio and visual learning are critical to language and musical formation. However, some people may have only developed one sense, and that’s ok. It doesn’t make them less of a musician, or inherently “bad” at a foreign language. We all have our own set of strengths. I believe it’s important that we work together to learn from each other, and maybe in the process we’ll develop a better appreciation for language and music.

If you’re a visual learning reading this on my blog or watching the video, I’d be thrilled if you’d subscribe to my rescotcreative.com newsletter! By becoming a Rescot Creative subscriber, you’ll receive additional content, as well as support an indie artist continue to make new content.

For all my audio listeners, hit that follow on your podcast app so that you don’t miss an episode. I’m also extremely grateful if you’ll sign up for my blog, even if you’re not a visual person, because I often post audio content there as well, and I don’t want you to miss out! Feel free to leave me an audio message on Facebook or Instagram!

Thanks, and I’ll see (or hear) you next time!