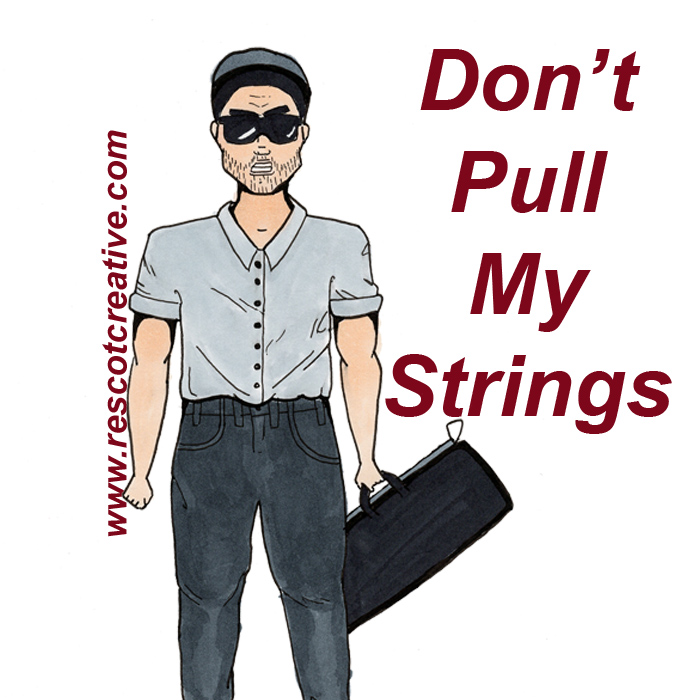 If you haven’t yet, check out my introduction to the enneagram musicians series!

“Eights are self-confident, strong, and assertive. Protective, resourceful, straight-talking, and decisive, but can also be ego-centric and domineering. Eights feel they must control their environment, especially people, sometimes becoming confrontational and intimidating. Eights typically have problems with their tempers and with allowing themselves to be vulnerable. At their Best: self- mastering, they use their strength to improve others’ lives, becoming heroic, magnanimous, and inspiring.”*

“Key Motivations: Want to be self-reliant, to prove their strength and resist weakness, to be important in their world, to dominate the environment, and to stay in control of their situation.”*

Response to the book The Road Back to You

Colors: Black and White, because that’s how he sees the world.

Quote from my developmental editor: “I know I’m supposed to hate him, but he has the best lines!”

Victoria glanced at Adrienne, who had cozied up next to the hipster on her right, Franklin Curtis. The hair on Victoria’s arm prickled just looking at him in his fedora and skinny jeans. Her stand-partner since freshman year, the two had battled for the leading position of their section in the formidable orchestra auditions every year. Victoria would win, then Franklin, then Victoria, then Franklin.

Franklin flashed her a smile. She gritted her teeth. Their insufferable competition had continued for years, but this year, their senior year, she had to come out on top. She raised her chin. No one would take away her prized position as concertmaster.

“Yeah, Victoria,” Franklin said. His voice dripped with disdain. “I’ll sit as concertmaster for this one. We wouldn’t want anything to… interfere with your solo.” He tightened his grip on the bow clutched in his hand. “One wrong note and your chance to win the concerto competition will be—” He snapped his fingers. “I’ve been practicing my concerto for months. What about you?”

“I…” Victoria lowered her eyes.

“That’s what I thought.” His harsh laugh pierced the air. “You haven’t even started. Been too busy babysitting your giant family?”

“Lay off it, Franklin.” Jerry stood behind Victoria, his bow inches from Franklin’s chest. How long had he been there? “She’s been practicing all summer. More than I can say for you.” His eyes scanned Franklin’s gaunt face. “You were stoned for at least half of it.”

Franklin met Jerry’s gaze, his features hard, blood-shot eyes flashing. “You wouldn’t know anything about it. Don’t want to get in trouble with Mommy, do you?”

Jerry raised a clenched fist, but Victoria grabbed his wrist.

“Just back off, Franklin,” Jerry said through gritted teeth.