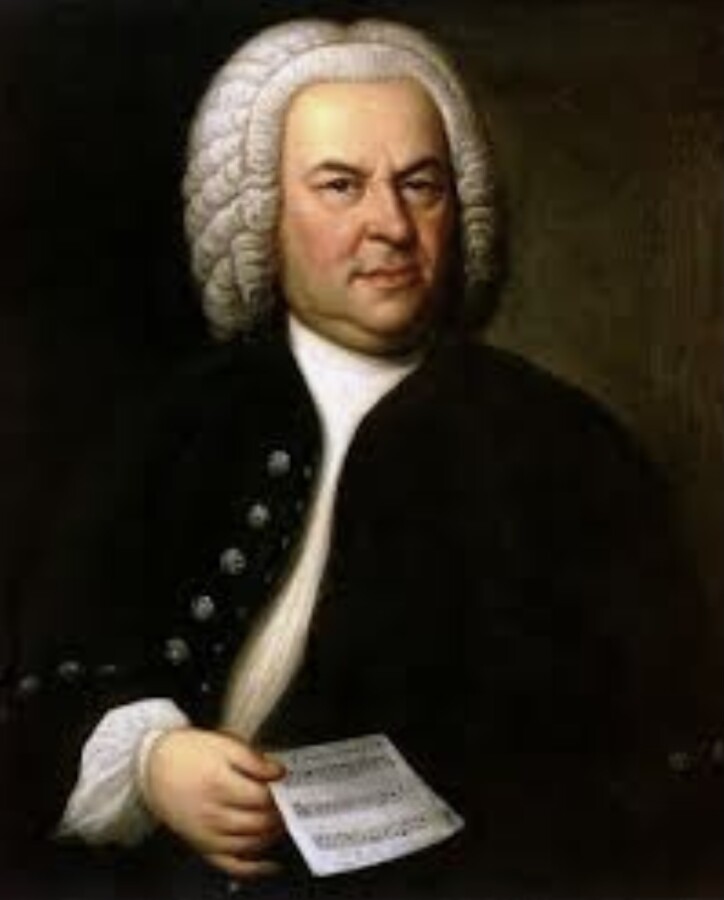 Johann Sebastian Bach was born March 31, 1685. As one of the most prolific and renowned composers of all time, I figured today we’d celebrate his legacy. I had the privilege of performing a couple of movements of his Sonata No. 3 in C Major.

Sadly, I never performed the infamously challenging Chaconne, but I can’t wait for Jennifer Roig Francoli’s upcoming recording of the beautiful work!

Meet Bach in my upcoming novel!

“Johann Sebastian Bach, the greatest composer of the Baroque era, spent his entire life dedicated to the musical craft.” Mr. Vatchev’s thick accent reminded Victoria of the Russian masters—Stravinsky and Tchaikovsky. “Although subject to the whims of his patrons, the German composer’s love for his art never subsided.”

What dedication. Victoria’s eyes fixed on the picture of Bach displayed on the screen at the front of the classroom.

Jerry nudged her. “When do you think he’ll make the announcement?” “No idea.”

Mr. Vatchev tapped his baton on the board. Victoria jolted to attention. This second picture of Bach featured him surrounded by at least a dozen children. What a nightmare to have so many kids! She could barely stand living with seven people running around her house. Especially since Adrienne moved back home this year. Ugh.

“The versatile composer maintained his prolific compositions in spite of his many duties as church organist, the demands of patrons, and a busy home life.” The teacher paused to catch his breath. Hmm. Apparently Bach didn’t enjoy the peaceful, distraction-free life she’d envisioned. No, he served his large family and his church, just like she did. Perhaps constant interruptions had frustrated him, too. Or was he more patient?

The knot in her right shoulder tightened, so she cocked her neck to the left. Her private lesson ran over the allotted hour, but the Bach “Chaconne” required extra time. When would she have the chance to ask her teacher about the concerto competition? Streaks of sweat soaked her palms as she held them in position, then drew her bow for the opening bars.

“Stop.” Professor Chang leaned backward against the office chair. “Your quadruple stops are still out of tune. How many times do I have to tell you?”

That was because playing four notes at the same time on the instrument was virtually impossible, not to mention with her sticky fingers. The previous four movements of Bach’s Partita No. 2, while difficult, had been attainable. But this one was a different story. Victoria struggled to wrap her brain, and fingers, around the piece. No wonder it held its place as a pinnacle of the violin repertoire.

Professor Chang rose from her desk and removed her own violin from its case. “When you play Bach, it must sound effortless. Your listeners want to focus on the melody, not the chordal accompaniment.”

Then why didn’t Bach write a piano accompaniment, instead of forcing the violinist to play four notes simultaneously? She wasn’t a church organist.

“Let me show you.” Professor Chang tossed her raven black hair behind her shoulders and settled her instrument under her chin. At her powerful opening, Victoria stepped backward. The highest notes of the chords soared over the lower ones like a flag over a battlefield. So they were possible to play. Maybe Victoria just lacked the technical prowess. The students at Johann Conservatory probably mastered quadruple stops with ease.