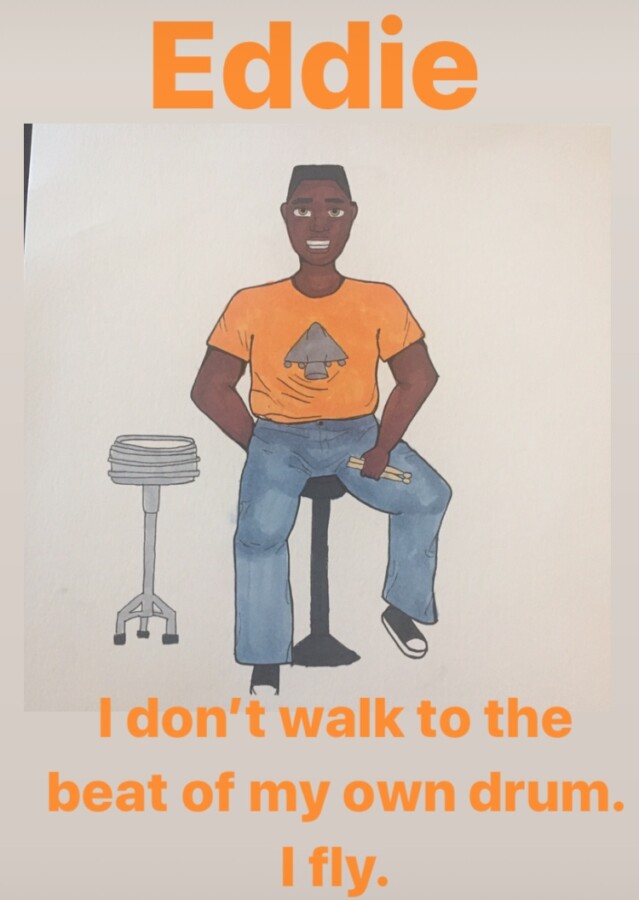 Fives are alert, insightful, and curious. They are able to concentrate and focus on developing complex ideas and skills. Independent, innovative, and inventive, they can also become preoccupied with their thoughts and imaginary constructs. They become detached, yet high-strung and intense. They typically have problems with eccentricity, nihilism, and isolation. At their Best: visionary pioneers, often ahead of their time, and able to see the world in an entirely new way.

Key Motivations: Want to possess knowledge, to understand the environment, to have everything figured out as a way of defending the self from threats from the environment.

Eddie Carter, the quintessential tall, dark, and handsome boy, flashed an impish smile. His caramel black skin stood in stark contrast to his mother’s ivory complexion. Three years Victoria’s junior, he took to heart his role as the brother the Pearson sisters never had.

“I was particularly enamored with the second violin part,” he said with a nod to Marie. “The way you held those long notes showed a mastery of skill beyond my wildest expectations.”

Marie rolled her eyes. “Eddie, you know full well I didn’t do much of anything.”

“To the contrary.” His eyes sparkled, lighting up his smooth, brown face. “You kept from falling off your chair while you slept during the sermon—quite a feat.”

Marie frowned. “Was it that obvious?”

“Just to me.” He straightened his quirky aeronautical-themed tie. “And to the rest of the congregation. If it weren’t for Victoria’s persistent nudges and pokes, I’m not sure any of you would have made it through the service.”

Heat rushed to Victoria’s face. Sometimes Eddie took his brotherly role too far. “I was trying to make sure everyone stayed on top of their parts.”

Jerry placed a warm hand on Victoria’s rigid arm and pulled her away. “Sorry Eddie, but we’ve got to pack up the instruments. I’ll see you tomorrow.”

Eddie nodded. “Catch you guys later.” He sauntered to the back of the church.

“Victoria, don’t let him get to you,” Jerry said. “He was only teasing.”

With a quick tug she removed the violin shoulder pad and tucked it away. “I know. He’s never serious. At least not about music. Only airplanes and engineering.”

Jerry twisted the screw that loosened the hair on his bow. “He’s a good performer.”

“Really?” Victoria frowned. “Every time we rehearse a program with him, he messes around and distracts Adrienne and Marie. He doesn’t have the focus needed to be good.”

“Then you don’t know him very well.”

Victoria arched an eyebrow. “And you do?”

Jerry wiped the rosin dust from under the cello strings. “Better than you.”

How was that possible? Did he know something about Eddie that she didn’t? He was practically her brother, afterall.