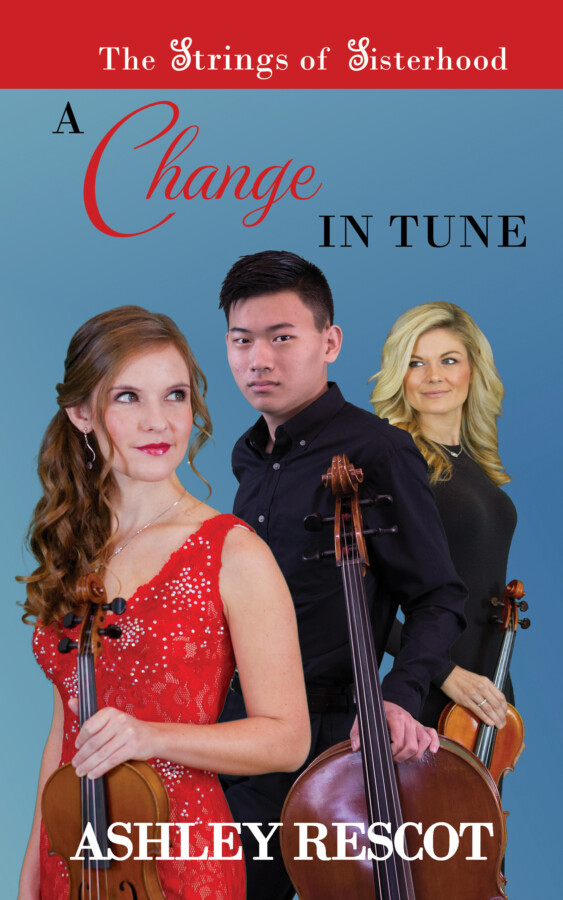 Victoria Pearson clutched the neck of her violin as musicians filed onto the stage of Belton University’s concert hall. Habit urged her to follow suit, but her new position as first chair kept her backstage––alone. Nervous anticipation quickened her pulse. A cacophony of flute trills and trumpet blasts bombarded her ears as the members of the orchestra warmed up. She smoothed the wrinkles in her black dress. This time, everything must be perfect.

She ran her free hand through her brunette bob. The softness of her hair, like silk, soothed her shaking fingers. A glance at the elegant shape of her instrument made her giggle. Jerry Chang, the first-chair cellist, had compared her physique to the violin––tan from the sun and similar in shape with its hourglass curves.

The conductor gestured with his baton-free hand for her to proceed.

A thrill of excitement shivered down her spine. She’d worked her entire college career to become first chair––concertmaster of the orchestra. Now, her senior year, she’d achieved her goal at last. Hopefully she could keep her position after the next round of auditions. Pride pulsed through her veins, followed by a wave of performance anxiety. She needed to lead the violin section with perfect precision to bolster her chances of acceptance to Johann Conservatory of Music for graduate school in New York.

She drew in a deep breath as she stepped from behind the heavy black curtain onto the luminescent stage. The light’s glare forced her to blink. She strode next to the conductor’s podium, then bowed to the audience. The intense light continued to blind her.

Her heart pounded like a kettledrum. After a quick swivel to face the orchestra, she pointed a finger at the oboist to play the tuning notes. When his note pierced the air, Victoria nestled the violin in its accustomed place on her left shoulder, ready to tune the four strings. Her bow glided across the A, then the adjacent D. The low G peg had slipped, so she tightened it before tuning the high E string.

“You’ve got this,” he mouthed.

“Thanks,” she mouthed back. Her knotted muscles began to unwind. He often had this effect on her. In contrast to her nerves, he always possessed a relaxed air at concerts. Handsome in his tux, black hair combed back, he resembled a younger version of the renowned cellist Yo-Yo Ma. Victoria met the dark eyes that sparkled behind large-rimmed glasses.

As a round of applause greeted her ears, she turned to see the conductor. He extended his hand, and she reciprocated his firm grip. The curtain drew back again, and Victoria’s teacher emerged, violin in hand. Professor Chang’s navy gown swept the stage floor in a regal fashion as she took her place as soloist next to the maestro. Victoria’s gaze moved forward again to Jerry, who fiddled with his cufflinks, unmoved by his mother’s dramatic entrance.

The pressure of leading her section as her teacher played Tchaikovsky’s formidable Violin Concerto in D Major weighed on Victoria like a grand piano. One wrong entrance, and her career would be over. Her breathing accelerated. Professor Chang demanded perfection.

As the conductor raised his baton, Victoria nodded to bring in her section for the opening. Her breathing slowed in response to the music. Images of the peaceful, Midwestern plains surrounding this college town floated through her mind—waves of verdant cornstalks and colorful sunsets over fields of golden wheat. Perhaps Tchaikovsky had imagined a similar Russian landscape when he wrote the piece?

The conductor pointed his baton in her direction, and she snapped back to awareness. Time for the violins to take the theme.

Her pulse raced. Although she’d enjoyed Professor Chang’s rendition, the opportunity to play the theme herself sent goose bumps down her arms. The melody welled up within her chest, and the music transported her to her childhood. In her mind, she ran through wheat fields with her four younger sisters on Gigi and Papa’s farm, free from the demands which now hung heavy on her at the music school.

Focus, Victoria. All too soon, her bucolic visions faded as Professor Chang retrieved the melody, and Victoria enjoyed a few moments of respite. If only she could play with such ease. Maybe after her studies at the conservatory…

She straightened. Three measures until her next entrance. She placed her violin in position. Two. One. With a slight lift of her instrument, she swept her bow across the strings.

At the opening of the second movement, a new, haunting theme filled the concert hall. A chill stole through her body. Unlike the previous movement, the ethereal lethargy of the second created a hollow ache in her chest. If she were an artist like her sister Adrienne, she’d paint this movement gray. Professor Chang’s instrument cried as though it concealed a tragic secret expressible through music alone.

As her teacher turned to face the orchestra at the close of the movement, something glistened on her cheek. Sweat … or a tear?

The bombastic third movement jolted Victoria back to attention. Like a marathon runner nearing the finish line, Victoria’s fingers sprinted over the fingerboard. This time, undeniable beads of sweat dripped down Professor Chang’s face. Jerry, in contrast to his mother, flicked his bow back and forth with ease. How did he make it look effortless?

As the musicians neared the end, Victoria inched closer to the edge of her seat. Her heart drummed once more to keep up with her flying fingers. The bow sawed over the strings, and adrenaline flooded her as she joined Professor Chang in the final chord. Perfection.

A sense of euphoria enveloped Victoria as she and Jerry made their way backstage to the rehearsal room.  “Jerry, your mom’s rendition of Tchaikovsky… I have no words! Absolutely gorgeous. The first movement is beastly to play as the soloist of course, but the theme is pure beauty.”

Jerry opened his case and tucked the cello away. “I’m starving. Want to get something to eat?”

Victoria stared at him. “ Did you hear a word I said?”

“Of course.” He loosened his bow and swept a cloth over the strings to wipe off the dusty rosin. “You were rambling about Mom. She plays with emotion or something.”

“I suppose.” Jerry organized the music in his folder.

“Are you even listening?”

“Well, I enjoy her performances. What’s wrong with that?”

He closed his case with a snap. “You didn’t have to grow up with her.”

Victoria pursed her lips. “As you well know, I grew up in a musical family, too. I know what it’s like to have a musician for a mother.”

He blew a wisp of black hair out of his eyes. “Yes, but your mom is, well, more like a real mom.”

“What’s that supposed to mean?”

A lone sunflower in a desolate field, her sister’s bright appearance contrasted with the other musicians still dressed in black.

“I’m exhausted.” The thump of Adrienne’s viola case assaulted Victoria’s ears as it hit the floor.

Adrienne sighed. “Why couldn’t we play a work for a lesser-known instrument?” She lowered her short frame into a chair near Victoria’s case.

“Like the viola?” Victoria folded her arms across her chest.

Crossing her legs, Adrienne’s ankle boot began to bounce up and down. “Well, I prefer original to popular.” Her foot, which bobbed with extreme vigor, kicked over Victoria’s violin case. “Oops.” Her tone belied her apology. Why couldn’t Victoria’s twenty-year-old sister stop acting like a teenager?

Victoria slid her case closer to Jerry, away from Adrienne. “Is that why you’re wearing a yellow sweater when you should be in all black––to be original?”

Adrienne’s ski-jump nose rose several inches into the air. “There’s no rule against changing attire after the concert. I need a little color in my life. Even if you don’t.”

“The quality of the music should speak for itself, not the clothes you wear,” Victoria’s eyes scanned her sister’s ensemble. “But maybe viola players need something to compensate––”

Jerry coughed. “I hate to miss a good viola joke, but I’ve heard them about a thousand times, and I need food. Are you girls coming or not?”

“Yes.” Victoria straightened her shoulders. “We need to discuss what to play for the service on Sunday.” As the first violinist of their string ensemble, the responsibility of the music selection fell to her.

“Sounds good to me.” Jerry opened the door, and the two exited the room. Victoria heaved a sigh. Her eyes lowered to her black dress. Perhaps she should have brought a change of clothes. Would Jerry have noticed?No time for such considerations now. She snatched her case and yanked open the door.

As Victoria stepped into the hallway, a light shone from the dressing room backstage, door ajar. Who would still be there at this hour?Muffled crying disturbed the otherwise peaceful corridor. Curious, Victoria peered inside the room. A woman in a navy gown hunched in front of a large mirror, a small rectangular piece of paper clasped in her hand. Her whole body shook as sobs overtook her. Professor Chang.